Re: The Cup of A. Kolomoytsa

09.00 Stage "Short Races" start. Since morning the distance was placed and quickly enough carried out 5 short races. During the lunchtime made closing of competitions.
In an elementary grade the catamaran crew "Polar fox" (Даки17), Zaytsev Nikolay, Saakian Asya became the winner, in the senior class the catamaran crew "Odysseus 2", Eryomenko Alexander became the winner.
We didn't plan transition this day but as all decided to leave and weather favored an easy fair wind, we too decided to go. Ahead there was a way 65 km long along the reserve, and on hours there was already a beginning of the third. It was solved: if we don't manage to reach Iron Port – we will spend the night on the spit. Control time of disembarkation – 19.00. By appointed time we managed to pass 45 km, it was clear that on light not to pass a braid, but we decided not to violate rules and continued a way, it was necessary to pass 20 km. To the Iron Port came at 22.00. The part of fleet stopped on the spit, for as was punished by local protection - evil mosquitoes. 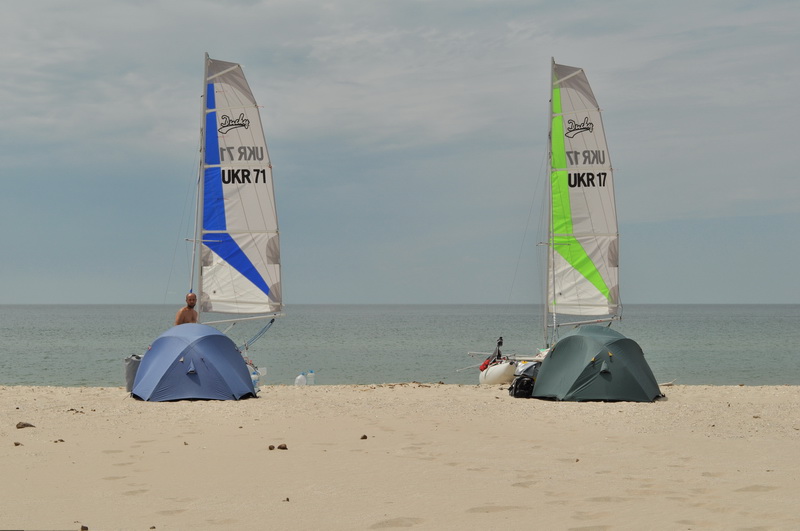 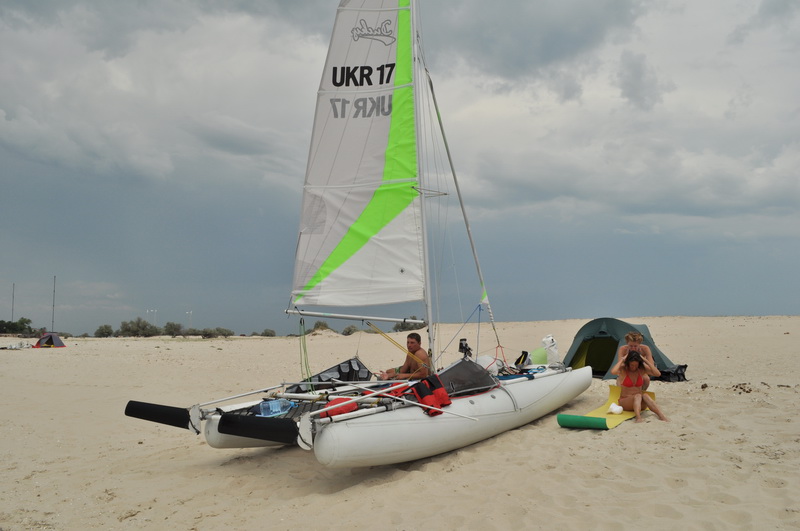 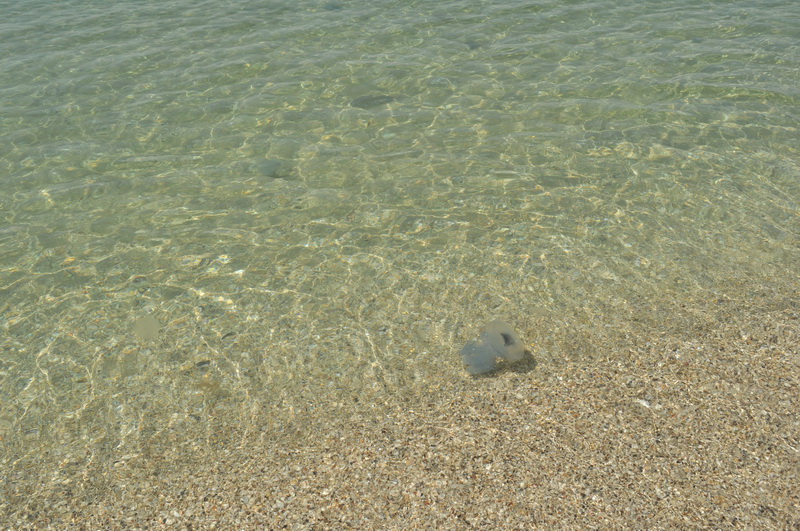 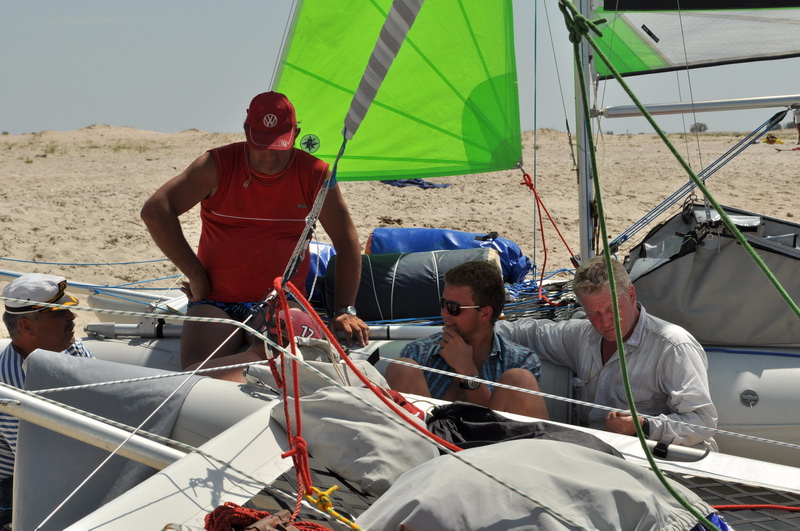 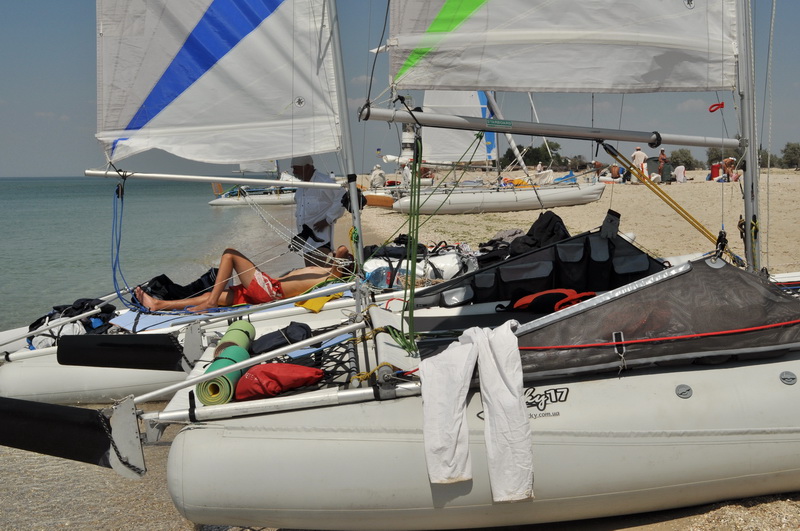 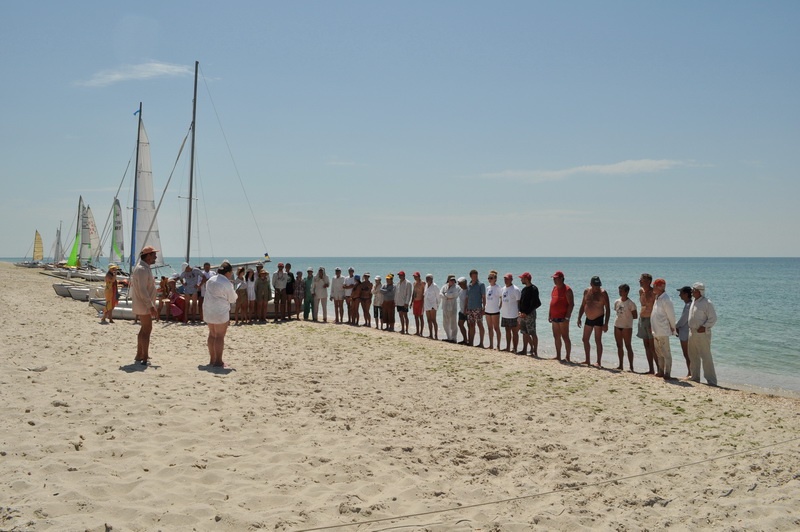 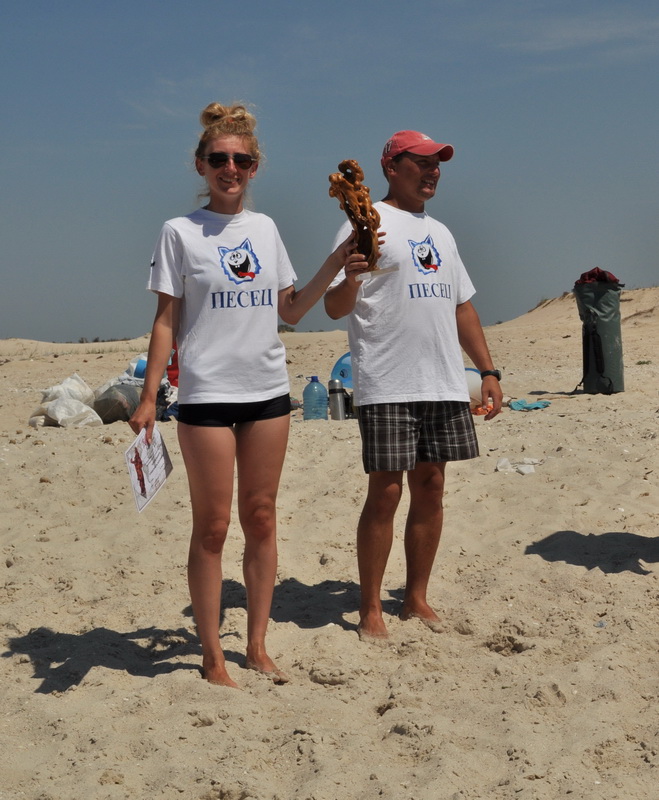 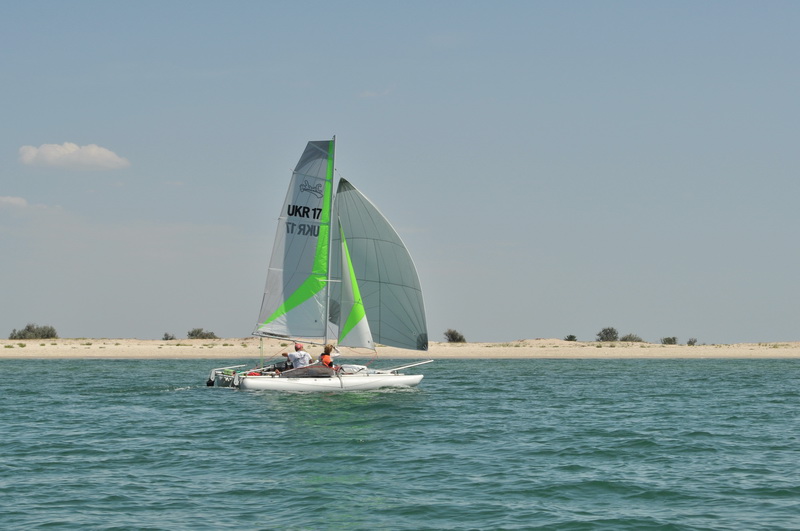 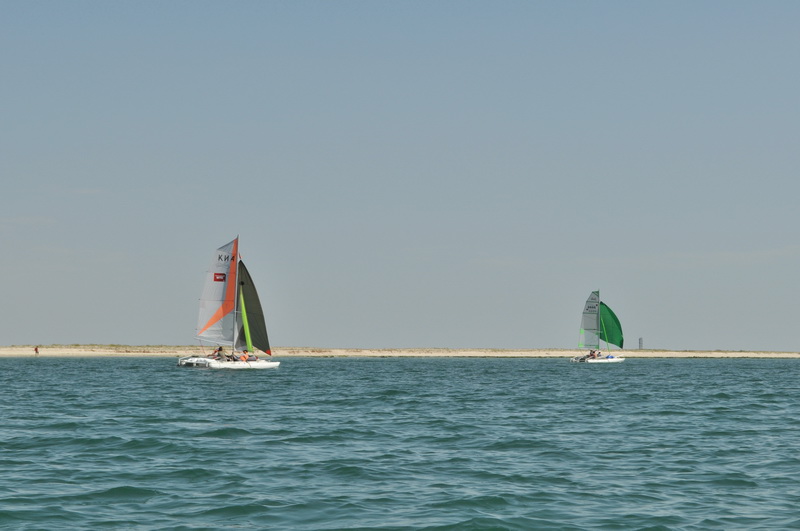 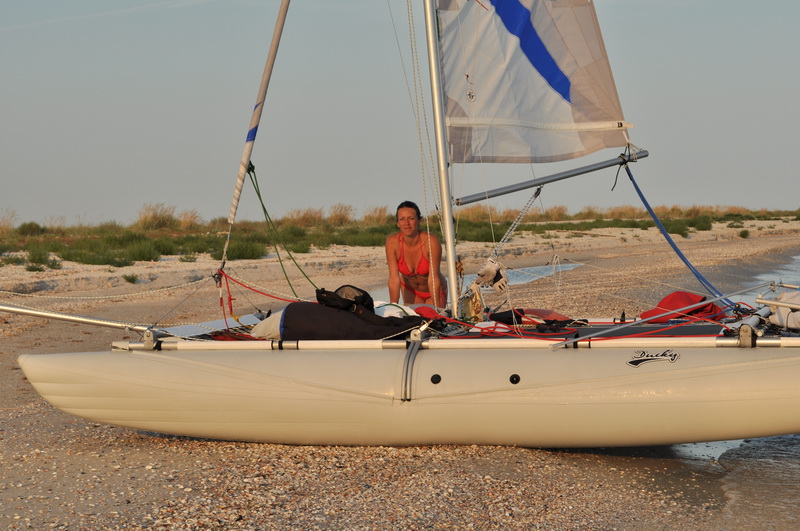 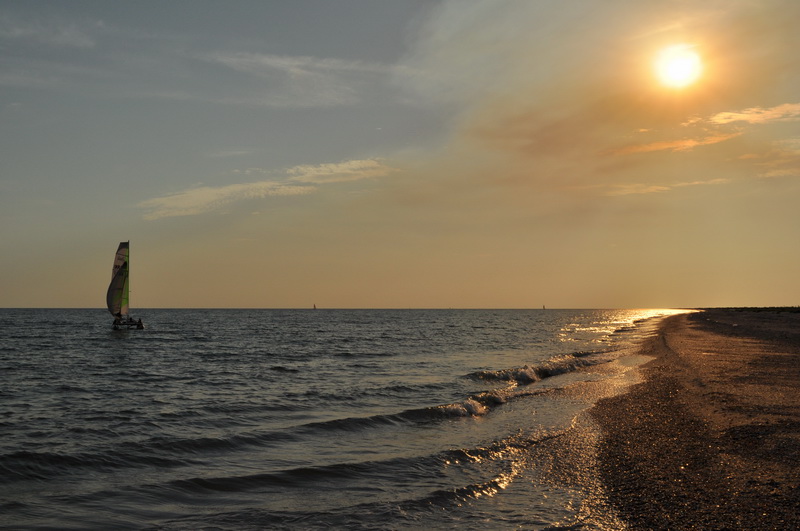 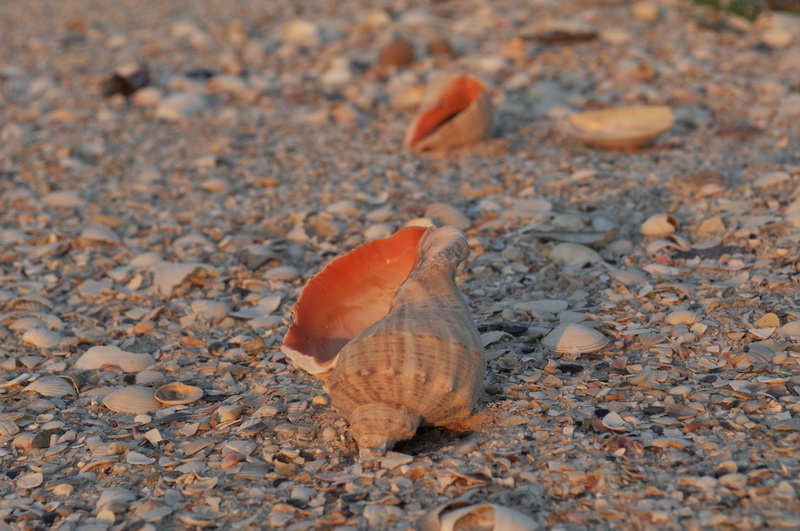 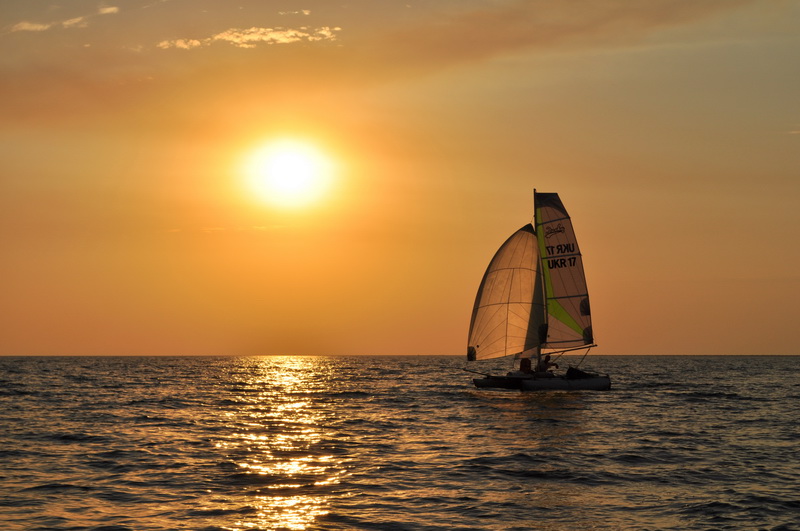 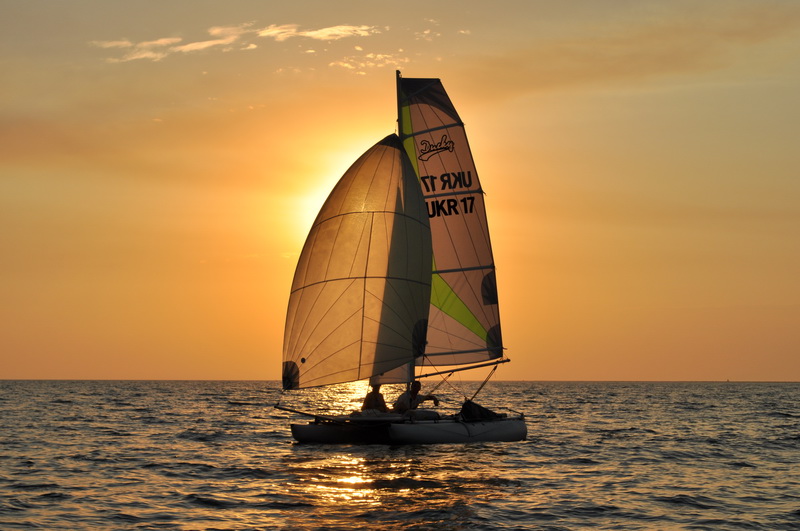 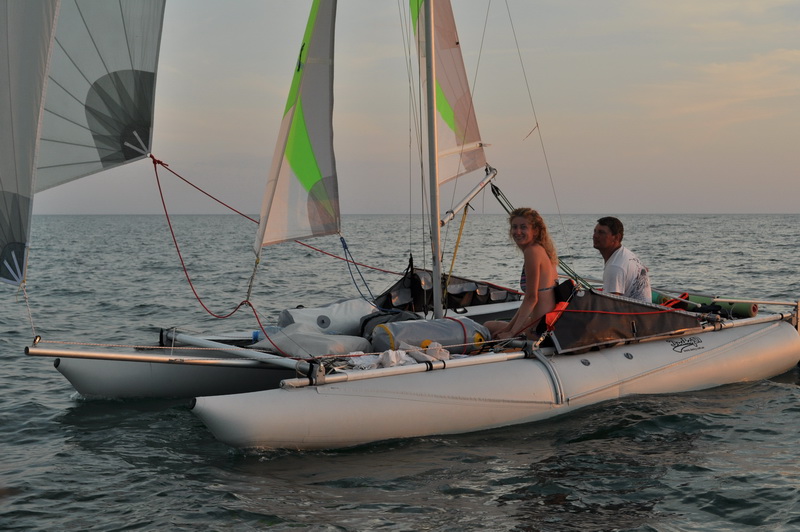 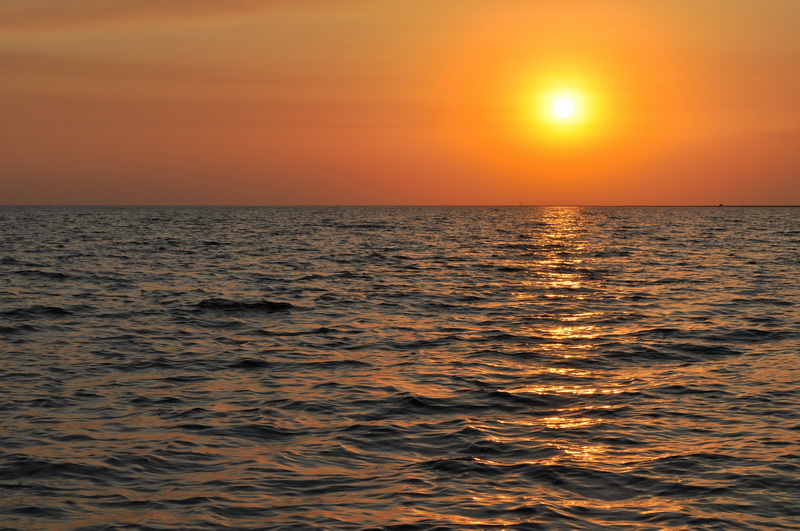 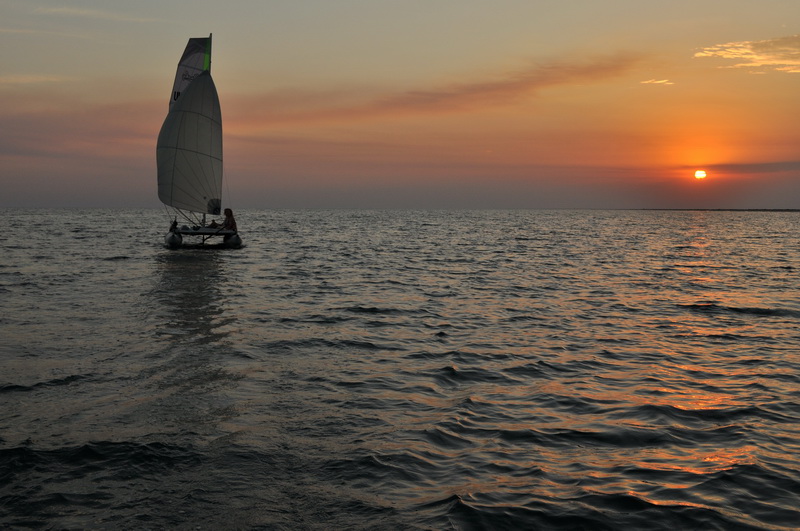 Re: The Cup of A. Kolomoytsa

Before parking of cars in Azure there were 20 km. In the morning slowly gathered and with an easy fair wind, in some hours passed this site of a way. The rest of day idled, and by the evening sorted and packed catamarans. In total 240 km in 7 running days were passed. 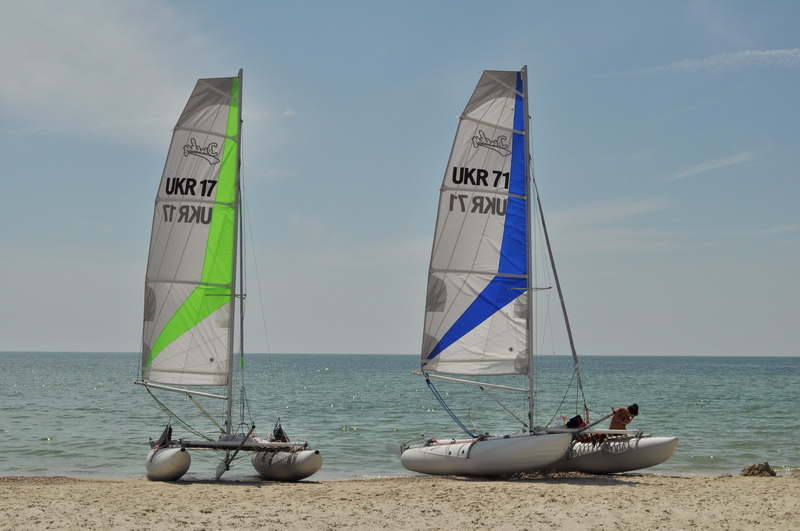